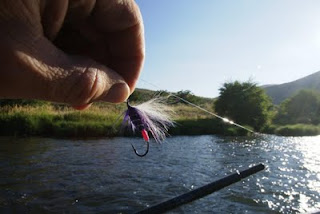 This is one of Rob Crandall’s patterns called the Vacuum Cleaner.  It’s first run years ago in the Deschutes River was with one of Rob’s clients, Terry. Terry reports that she fished the fly behind an excellent angler while working some prime water around South Junction with guide Al Bagley. After catching multiple fish with a floating line in the sun behind the accomplished angler Terry began to feel guilty. The competitive angler was getting frustrated. When she hooked yet another fish in water he had already fished he yelled to Al, “Get that Vacuum Cleaner off the river!” Thus the Vacuum cleaner fly pattern was born.
Vacuum Cleaner Recipe:
Hook: Tiemco 7999 or 700 size 2 or 4 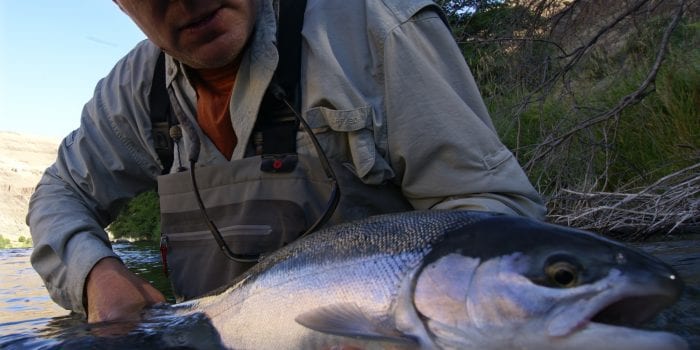 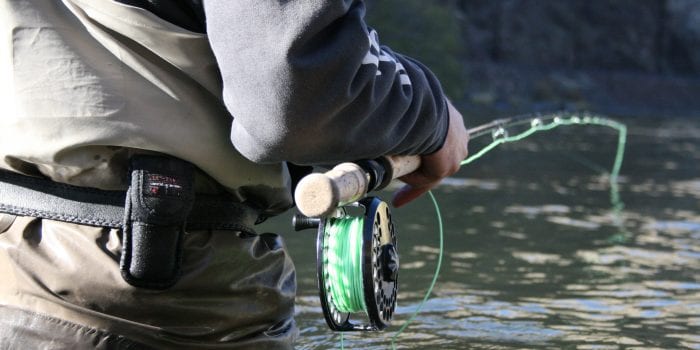